Hemorrhoids, Do You Need To See Your Doctor? 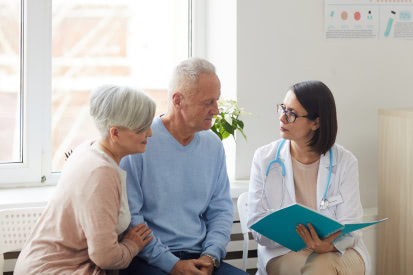 Some piles may come and go without causing any issues – however, they tend to worsen over time if left untreated until they reach a point where surgery becomes necessary. Symptoms such as pain, irritation, and bleeding usually do not appear right away. They tend to occur gradually over time, so it is best to visit your doctor to discuss your options for treatment as soon as you notice them.

Symptoms are more likely to appear when hemorrhoids are large, inflamed, or thrombosed. Some symptoms include:

– burning sensation near the anus

– pain around the anus that happens with bowel movements

– mucus discharge from the rectum during bowel movement

– bright red blood on toilet paper after a bowel movement or in the stool itself. Bleeding is one symptom that should never be ignored – this can indicate internal hemorrhoids, which cannot be seen from outside of your body. You need to have this evaluated immediately by a doctor if you are experiencing bleeding.

Symptoms should not be ignored – they get worse over time if left untreated, so it’s best to see a doctor for evaluation and treatment options as soon as possible. The earlier symptoms are diagnosed, the more effective treatments will be.

Do you need to see your doctor for hemorrhoids?

Yes, they should be evaluated by a doctor. The longer they are left untreated, the more likely they cause serious complications requiring surgery. Symptoms can worsen over time if left untreated, so it is essential to contact your physician as soon as you start experiencing any symptoms.

If you experience bleeding, this should never be ignored – it can indicate internal hemorrhoids which cannot be seen from outside of the body. Don’t try to diagnose yourself if this happens – see a doctor immediately! Bright red blood on toilet paper or in the stool itself is an obvious sign of bleeding.

How to identify hemorrhoids?

Look for symptoms, such as bleeding or itching. There are other symptoms that piles can cause, but these are the most common symptoms. Do a digital rectal exam, which involves inserting a clean finger into your anus to feel any abnormalities on the tissue near the anus. This is usually done during an initial doctor’s visit when piles are first identified.

When should you see a doctor about your hemorrhoids?

You need to contact your doctor if you experience any symptoms. Hemorrhoid symptoms include:

If bleeding is present, this usually indicates that they have reached a more severe stage, and surgery may be necessary.

When does a hemorrhoid become bad enough for surgery?

Surgery becomes necessary when they are severe enough to cause complications. These symptoms include:

– pain or irritation around the anus, which causes difficulty with bowel movements

– painful skin tags near the anus

– blood from hemorrhoidal veins being expelled from your body Manual removal of hemorrhoids can relieve some of these symptoms, but it’s not permanent

What types of surgeries are there for hemorrhoids?

There are three primary surgeries:

–hemorrhoid banding, in which hemorrhoidal tissue is clamped or tied off to allow it to shrink. This is considered a temporary treatment option because they will return if you don’t treat them with long-term care. Banding surgery only provides relief of symptoms for about six weeks.

–rubber band ligation, in which hemorrhoidal tissue is ligated (tied off) with rubber bands. This treatment option is best for piles that haven’t reached a severe stage, and bleeding has not become an issue. Banding surgery only provides relief for about six weeks.

New symptoms may appear later in life, typically due to aging weakening the veins or strain being placed on the anus during pregnancy. Still, these new symptoms will normally be treated without any problems. Surgeries usually provide long-lasting relief if performed properly, so they are permanent solutions.