Hemorrhoids, How Bad Do They Have To Be For Surgery? 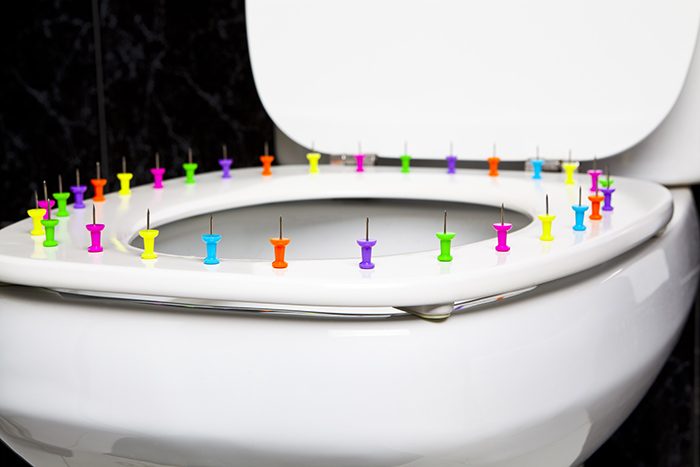 When Does a Hemorrhoid Become Bad Enough for Surgery?

If you notice any of these signs or symptoms, consult your primary care physician for further evaluation, especially if they become bothersome. Hemorrhoids are graded on a scale of 1 to 4, with grade 1 being the least severe and grade 4 being the most severe. Hemorrhoids that do not cause any discomfort or bleeding are typically left untreated. Hemorrhoids that cause pain or bleeding may require treatment, including lifestyle changes, over-the-counter medications, or surgery.

There are a variety of surgeries for, each with its risks and benefits. Surgeries are typically outpatient procedures and are generally considered safe. However, there is always a risk for complications, as with any surgery.

Surgery is typically permanent, although depending on the procedure, some may be reversed. Surgeries can often require additional follow-up care to get better, which also carries its risks.

It is not uncommon for patients to have repeat surgery on their hemorrhoids to alleviate recurring symptoms. Still, repeated surgeries come with additional risks associated with anesthesia and wound healing. Removal is one of the most common procedures performed by general surgeons and colorectal surgeons. Many people are dissatisfied after having surgery because there are many treatment options.

Hemroids are common and can be found in both men and women. Hemorrhoids, or piles as they are also known, are extremely common in people over 50. They can affect all ages, even children. Although they do not lead to severe medical conditions, they can cause significant pain and discomfort for many patients.

Hemorrhoids may be internal or external, depending upon their location relative to the opening of the anus. Numerous factors contribute to hemorrhoid Formation:

Hemorrhoids can often be diagnosed by symptoms alone. However, your doctor may order additional testing if they are suspected. Treatments vary depending on the severity of the condition and include lifestyle changes, over-the-counter medications, prescription medications, or surgery.

What Types of Surgeries are There for Hemorrhoids?

There are two main types of surgeries for Hemorrhoids:

Hemorrhoidectomy is typically an outpatient procedure, and patients can typically return to work within a few days. hemorrhoidectomy often requires additional follow-up care to get better, which also carries its risks.

Hemorrhoidopexy is typically an outpatient procedure, and patients can typically return to work within a few days. Hemorrhoid treatments vary depending on the severity of the condition and include lifestyle changes, over-the-counter medications, prescription medications, or surgery.