Hemorrhoids, Should You Pop Them? 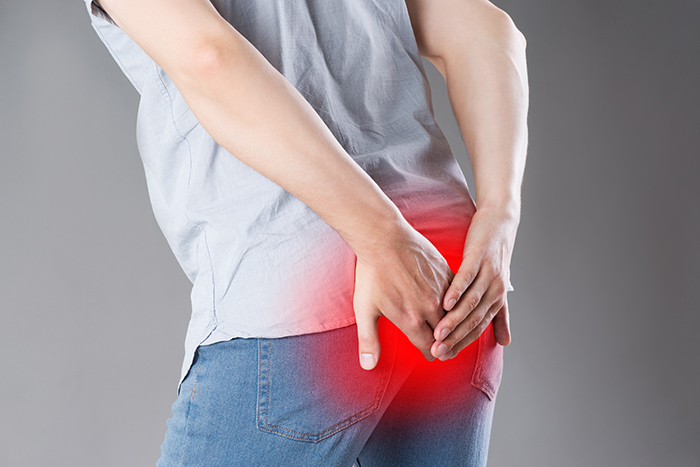 Hemorrhoids are inflamed hemorrhoidal tissues that have been exposed to high pressure from straining during a bowel movement. In some cases, they may be asymptomatic, but they can also lead to symptoms such as itching, pain, and bleeding.

Although they may require medical treatment in severe cases, most will go away with time and lifestyle changes. Suppose you choose to self-treat at home. In that case, you might try several methods, including the application of ointments or suppositories, which can help constrict blood vessels and relieve discomfort. However, if your symptoms don’t improve, it is important to see a doctor for further advice on treatment.

What are hemorrhoid symptoms?

What are external hemorrhoids?

External hemorrhoids refer to hemorrhoidal tissue which lies just under the skin around the anus. They’re more common in women than men and usually appear after age 30. In most cases, external piles cause painless bleeding during bowel movements that may be bright red blood mixed with mucus and stool. The lump you feel near your anus is a clot of blood supported by a swollen vein because hemorrhoid veins don’t have the proper support they need to stay closed while you’re sitting. If the tissue remains irritated for a long time, ulcers can develop, which could cause bleeding all by themselves without any straining or other activities.

This type of pile can sometimes become irritated or bleed due to friction from clothing or pressure on piles during bowel movements, causing it to swell up. If you have external hemorrhoids causing discomfort, it may be possible to relieve symptoms by following some simple home remedies; however, consider talking to your doctor if symptoms persist.

Should you pop your hemorrhoids?

What happens if you pop your hemorrhoids?

If they are still attached to the blood vessels supplying it with a hemorrhoidal venous and arterial circulation, then ‘popping’ piles can cause hemorrhagic shock, which leads to death of surrounding tissues. This leads to further complications such as abscess formation. If an external hemorrhoid has become infected or if you attempt to pop one that isn’t ready, there is also the risk of spreading infection through your blood system and infecting other areas of your body such as your lungs (if you develop pneumonia) and even other parts of your digestive tract.

What are hemorrhoid treatments?

Treatments will vary depending on their severity and type. Most cases can be treated at home by simple remedies, which can be found here.