Tips for Dealing with Hemorrhoids, Part 2 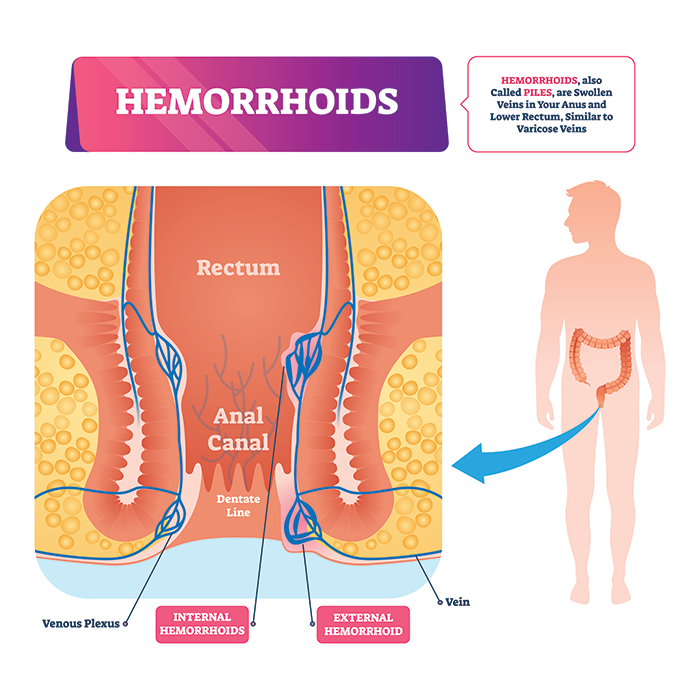 Are hemorrhoids causing you pain and discomfort? This article is part two of a two-part series covering eight tips that help deal with and relieve hemorrhoid discomfort.

Mucus is normal for everyone to pass during bowel movements, but sometimes extra mucus is produced. In that case, you should consider wiping your hemorrhoids with dry tissue after bowel movements to take away the excess mucus.

Straining when making bowel movements is one of the most common causes of hemorrhoid flare-ups. It can also worsen hemorrhoid symptoms if done too often. Avoid straining at all costs by going to the toilet sooner before your next bowel movement. That way, you won’t have to push while having a significant bowel movement.

See a Doctor About Your Hemorrhoids

Many degrees of hemorrhoids do not require surgery. However, consult your doctor when dealing with hemorrhoids because there could be something else causing hemorrhoids like an STD (sexually transmitted disease) or cancer. If your hemorrhoids do not go away after a month or they persist despite over-the-counter treatment, seeing your doctor is a good idea. This is especially true when the blood appears in bowel movements along with pain and discomfort.

While toilet paper itself does not cause hemorrhoids, it certainly can irritate existing, irritated, and bleeding hemorrhoids. To avoid scratching hemorrhoids use softer and less scratchy toilet paper. Other alternatives may include butt foam applied to the toilet paper, creating a moisture barrier, and is better for the environment than flushable wipes.

Wash up in the shower every day or at least once a week when dealing with hemorrhoids. Not keeping hemorrhoids clean will result in infections that will only worsen hemorrhoid pain and cause more swelling around the anus (piles).

Stay Away From Alcohol

Avoid drinking alcoholic beverages with alcohol content because these beverages can cause hemorrhoids—drinking water throughout the day instead. Avoid any food or drinks that contain additives or preservatives that only make hemorrhoid symptoms worse.

Wearing tight pants can irritate hemorrhoids no matter how big, or small they are, so it’s recommended to wear cotton underwear whenever possible. Cotton helps your hemorrhoids stay comfortable, helping prevent itch or burn.